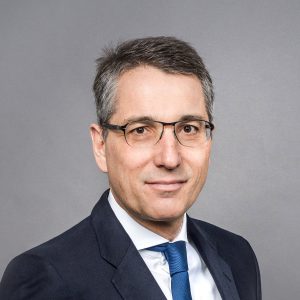 Laurent Delabarre has been Group Chief Financial Officer since May 2017.

He began his career as an auditor in 1988 with Arthur Andersen (now Ernst & Young) and was promoted to partner in the audit and financial advisory business in 2000.

In 2004, he joined the Rexel Group as Director of Financial Control and became Vice-President for Finance in 2008. In 2014, in addition to his Group functions, he also held the position of CFO of Rexel’s US operations on an interim basis.

Since 2015, he has been Executive Director of Financial Control at Carrefour Group.

Born in 1966, Laurent Delabarre is a graduate of the ESCEM and a chartered accountant.